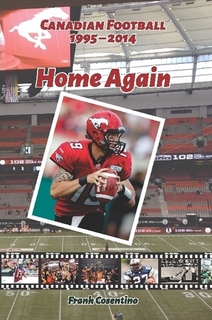 I’ve watched 28 episodes of Archer since the beginning of the year. I finished Season 5 earlier this month. I’m a fan of the show. The story structure for each episode tends to run a bit flat – resembling more of a sitcom structure than a three-act cable short. The series is best enjoyed three or four episodes at a time. Too many in a row, and the jokes start sounding all the same.

I also completed 37 episodes of Top Gear. I’ve heard about the show for years, but never got around to watching it. I love the irreverence, the unabashed horsepower, and self-depressiating comedy of the show. Cars are ‘reviewed’ to some extent, but that really is only a small aspect of the show. It’s more about three characters creating comedy around a car theme. Comedies tend to make me smile appreciatively, rather than laugh out loud. This ‘car show’ had me in tears.

One more movie to add to the list is The Saint. I watched it when it first came out in 1997, and didn’t remember it very well. Upon a second viewing, I find myself looking forward to forgetting it all over again. The plot is contrived and the acting is weak.

Home Again by Frank Cosentino is a book I just finished. It cronicles the Canadian Football League from its darkest days in 1995 to its height of prosperity in 2014. I worked for the Roughriders through some of the CFL’s darkest days, and this book brought back a lot of memories. It’s like I could pin the various phases of my adulthood to different eras of the League’s history in the book. It was interesting to read it through this lens. It’s a great book and I would recommend it to any fan of Canadian Football.