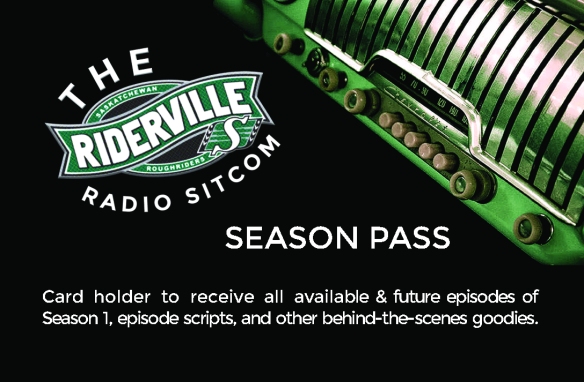 I hired three more writers from Toronto Cold Reads Series to help me with the sitcom. There’s a lot of work that needs to be done on the business and marketing side of the project that requires my attention, so I sought out some people I know. It’s a load off my mind, and it feels good to be collaborating with colleagues who bring a different perspective to the table.

None are Rider fans, nor do they know anything about football, but they are great writers who’ve studied the craft. I’ve said from the beginning that I want this series to be about great stories first, history second, and football third.

With episodes taking place in 1956, 1967, 1973, 1987, 1999, and 2007, there’s a lot that needs to be learned about each era. To this end, I’ve been scanning old newspapers that cover those eras. I then send these archives to the writers, and speak with them individually about what newspaper stories jump out at them. From there, it’s a bit like The Writers’ Challenge at Toronto Cold Reads. Craft a story based on elements drawn from a goodie bag of random artifacts.

We should have all the scripts complete by August 10. We record the episodes at Royal Saskatchewan Museum Auditorium on Aug 23, 24, and 25th.