Renee’s company, Seybold International, hosted a cruise in the harbour last night. Renee was one of the event’s organizers and she invited me along as her guest.

Open bar. Roast beef dinner. Harbour front scenery. Toronto skyline at its best. I was very much looking forward to it.

At the same time, I was very much on guard against Toronto corporate elitism. A prairie boy at heart, my value system just doesn’t jive with everything I imagined a big international corporate boat cruise might add up to being.

And then I met these people.

Warm handshakes, greetings, and introductions all around. I truly felt welcomed. People approached me. They were interested in talking to me.

Did I have the wrong boat? This didn’t at all smell like corporate elitism.

It took some time for me to figure out who the big wigs were. No one was sucking up to the bosses. The bosses weren’t patronizing the employees. Guests mingled freely as though they had as big a history with the company as everyone else on the boat did. Nothing about this event felt ‘corporate’ at all.

I felt like a guest at someone’s family function. Perhaps even an in-law. A corporate-in-law?

I had a beer with Peter, talking about filmmaking, environmentalism, and canoeing. I didn’t figure out until the conversation was well over, that he owned the company. Children played. Drinks met parched lips. Delicious meals filled empty bellies. Nobody there was talking business.

There was a presentation afterwards. Three long time employees were recognized for their contributions to the company. Peter spoke, as did his son Scott. Neither really talked about ‘corporate accomplishments’. Instead it was intimate details of the employees’ personal lives that were recalled. Marriages. Children being born. Conversations from the very first interview.

Peter spoke not as a CEO, but as the patriarch of a very large family.

He also spoke about hard times that the company faced. How this internationally successful company was forced to adapt and do things they never expected themselves to be doing, just so they would survive – and eventually thrive.

Peter’s words deeply resonated with me. It wasn’t long ago that I had a company that was filled with employees. Dacian never saw the success Seybold International did. Many reasons for that – my vision for myself being one of them – but we experienced good times, and bad times. Much of the time I think we felt like family – a dysfunctional quirky family – but those ’employees’ meant as much to me as my own family did.

I found myself going down memory lane last night with Renee over a drink afterwards. I recalled my mistakes, my successes, and checked in with what I think I know now about business. Perhaps I know more than I give myself credit for.

This morning I’m taking an unofficial inventory of my career goals. Perhaps there’s something I can learn from someone like Peter. I don’t know for certain what that wisdom might look like, but another conversation would definitely be to my liking. 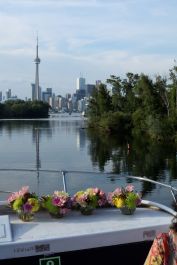 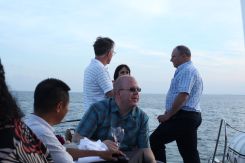 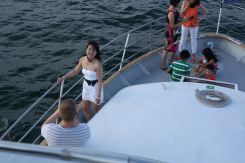